We're really in it now, Memento: 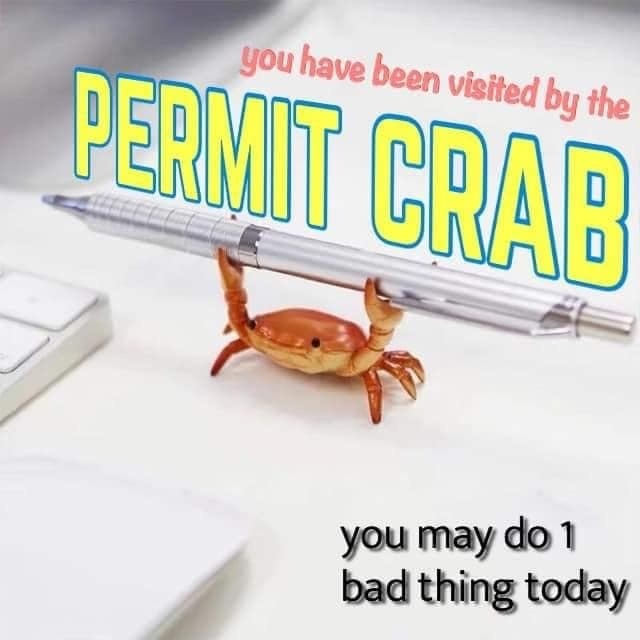 Okay so you're thinking "wow, this Memento guy is kinda mysterious," or maybe you aren't. But that's a lie, I can't stop blabbing about myself for five damn seconds. I have three active twitter accounts (HELL! HELL! HELL!) and a bustling Tumblr (hell but it's home) that I'm on at all hours of the day when I'm not sleeping or at work (surprise, I do have a normal schedule). If you haven't guessed by my vague allusions to my Chinese zodiac sign, I'm an adult. Surprise again! I don't mind interacting with kids (or teens--don't make me say "minors" like geezuz christ) but those interactions will be limited to sharing general fandom material or links to age-appropriate cool stuff. I'm a firm believer in "it takes a village" and I work with kids frequently, but I also don't HAVE kids so I won't take responsibility for them full time. My site may contain material not suitable for a really young crowd, and I've marked it as such.

Anyway, I'm not all that mysterious, and I'm likely to answer most questions asked unless you're a jerk about it. I consider myself a non-judgemental type, but I don't mess with bigotry, general cruelty towards others, cruelty towards animals (and other living things), and the like. A surprisingly wise middle school kid in a manga once said something like "I don't kill you, you don't kill me--that's the most basic principle of human interaction" and I think a lot of people could learn from that. So if you're some kind of right-wing America or a conservative or whatever, fuck right off.

I also don't deal in threats of violence or suicide baiting, or self-loathing behavior. The second thing makes me really uncomfortable; if you're going to talk smack about yourself, don't do it near me. I'm a recovering negaholic and I am not going to sit there trying to comfort you. If you make fun of other people's hobbies/interests and call them "cringe," we're probably not going to get along. Cringe culture is dead, this is the internet, we have fun here.

Overall, I would say I'm kind of a weird person compared to the average white person of the western world. I got some neurodivergent behaviors going on; I'm pretty good at self-reflection, and I don't really mind being kind of unusual. I can hold intelligent conversations and gush about things I like. I make a conscious effort to be a good person. Got a bit of anxiety going on, but mostly easy-going. My behavior is kind of cat-like. I spend a lot of time resting until I have the zoomies, sometimes I REALLY NEED ATTENTION but generally I'm just laying around, I don't mind just hanging out in the same space doing separate activities (but I am pretty talkative). Loud noises startle me and I prefer my water moving (carbonated). That kind of thing.

(There is currently no order to them, ENJOY.) 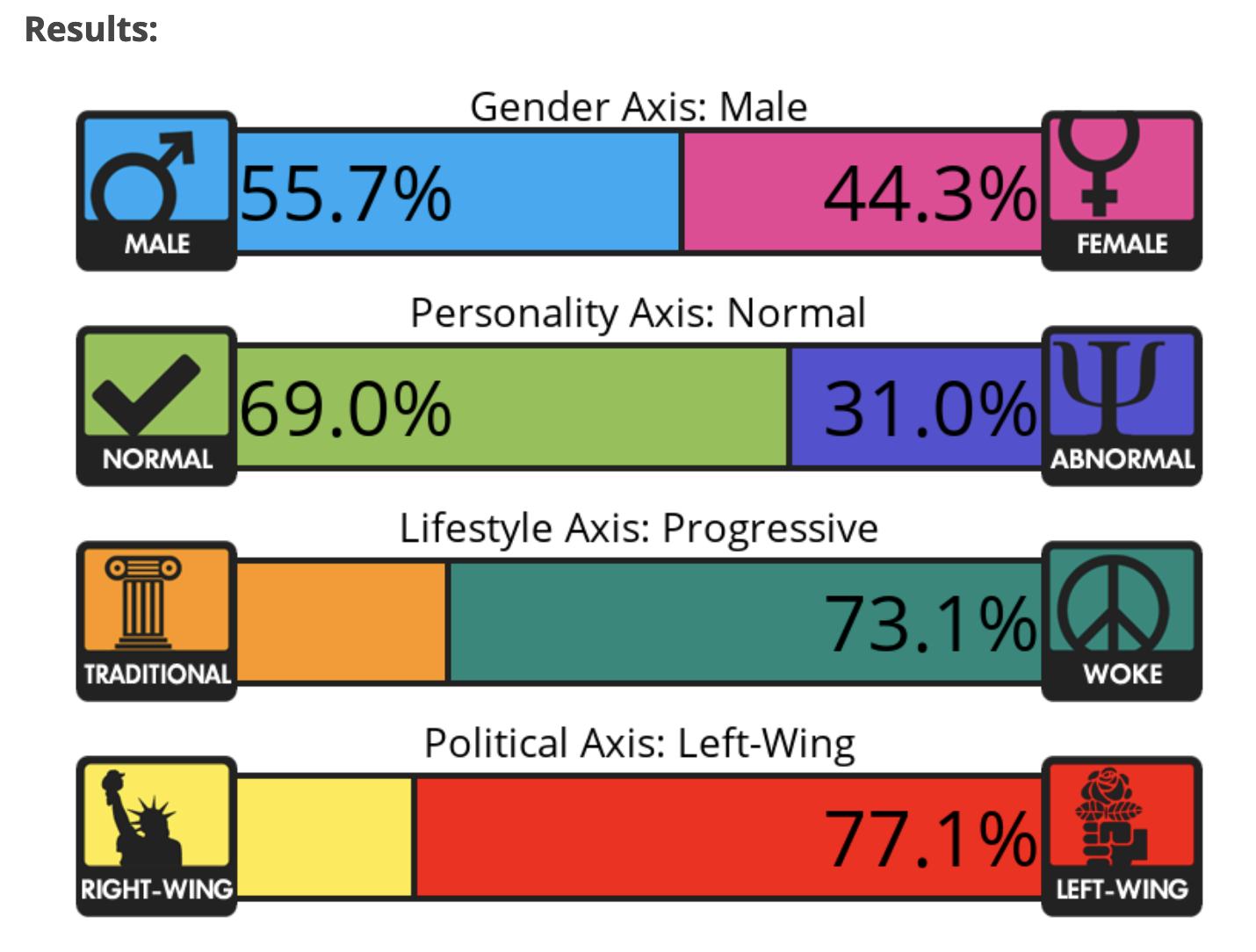 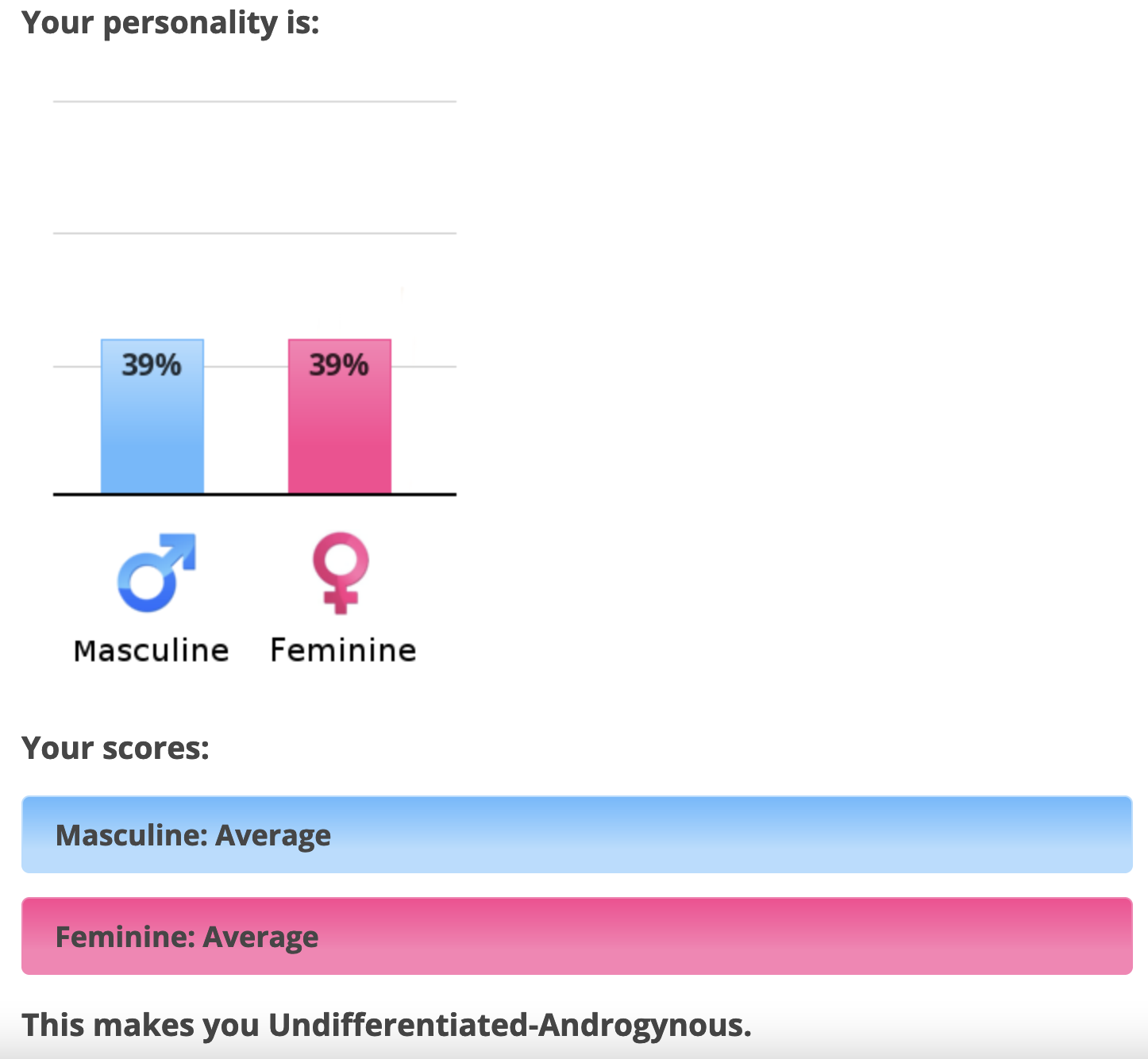 I can't believe I only got 78% binary gender score and exactly half and half male/female. My goal, tbh.

What it says about you:
You are fascinated by the world around you, and see it as a puzzle worth exploring. You try to understand how things work and how you can make them better. You might be a nerd.
Find your Dewey Decimal Section at Spacefem.com

What Ultra Specic Movie Genre Do You Belong In? (I got "psychological "thriller" where nothing is solved by the end)

Jujutsu Kaisen Kin Quiz (serious?!) (I got Geto and I feel called out)

build your dream apartment and I'll tell you what you need in 2021 (I needed "a hug," but I need that every year.

Full Metal Panic! (made by me)

Books that Really Get Me